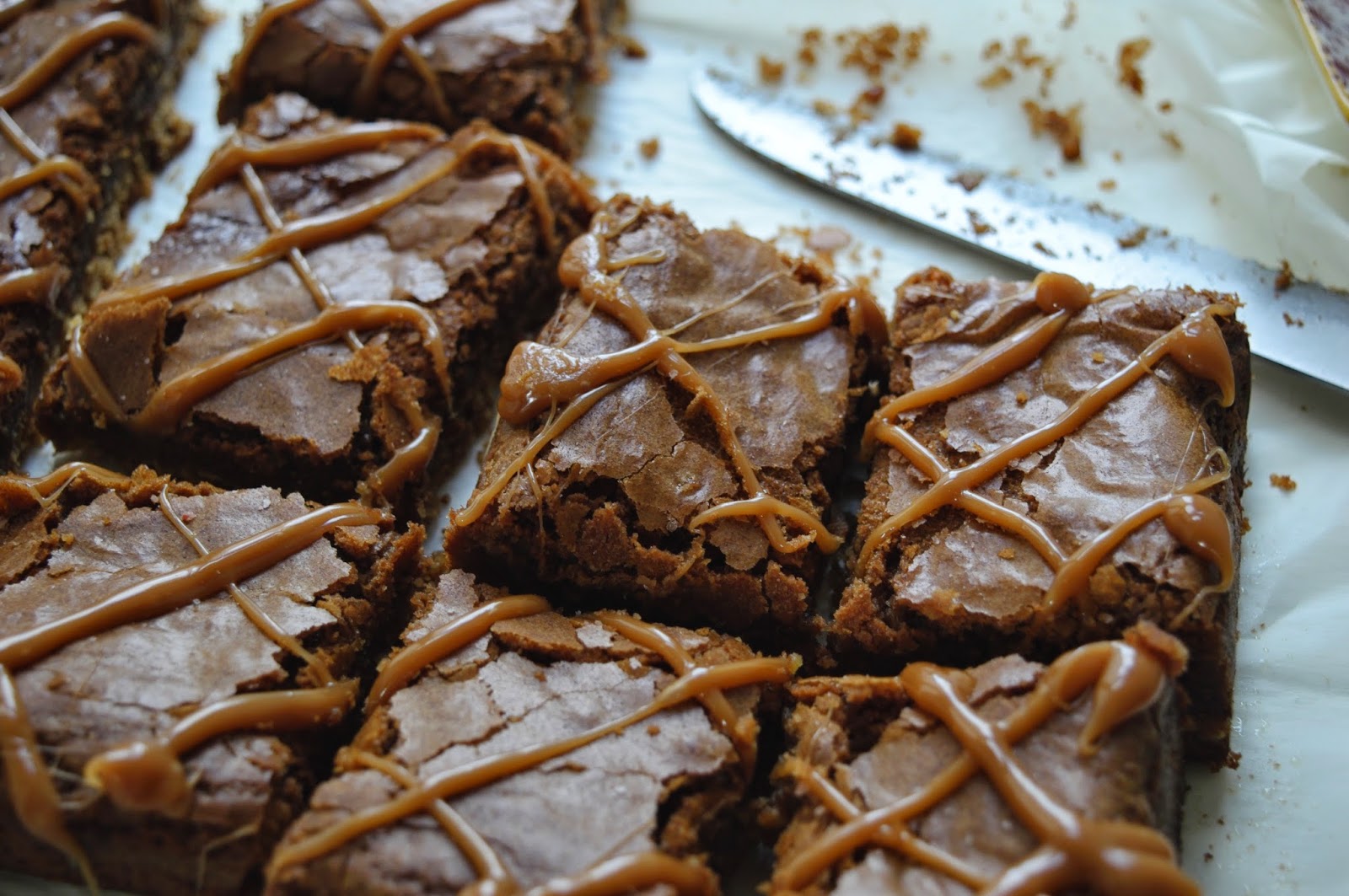 I am a commitment-phobe. No not the relationship kind but the kind that makes me run away from tying down any sort of weekend plans. It's not that I don't like doing stuff at the weekend, quite the opposite. It's just that I want the option not to do anything at all. I like nothing more than two days of possibility stretching out ahead of me.

Even if I only end up watching many many episodes of Nashville and having day dreams about becoming a country music star.

It's a matter of principle.

I also need some kitchen time at the weekend. So important. Chopping, mixing, turning up spotify, pouring, cooking. Good times.

I baked these salty pretzel chocolate brownies for an Orange is the New Black marathon a group of friends were having. They went down a treat! Crunchy and salty on the bottom, ooey gooey on top. Extra toffee on top to stick to your teeth is optional but highly recommended! 1. Line a 9 x 13 x 2 inch tin with parchment paper.
2. For the pretzel base  put all the ingredients into a food processor and pulse briefly until the pretzels are big crumbs and the butter is evenly distributed.
3. Pour into the tin and pat down with the back of a spoon.
4. Bake for 10 minutes at 180oC. Leave to cool.
5. For the brownies melt the butter until almost fully melted in a heat proof bowl over a bowl of simmering water or in the microwave (but keep a keen eye on it!). Add the chocolate and heat gently stirring every 30 seconds until evenly melted and mixed.
6. In a clean bowl mix the flour, salt, cinnamon and sugars.
7. Make a well in the centre and add the eggs, vanilla extra, water and melted chocolate mixture.
8. Pour the brownie mix over the pretzel base.
9. Bake for 35-40 minutes until a crust has formed and when you insert a skewer it comes out barely moist.
10. For the topping melt 10 toffee sweets in the microwave until runny- this should take about 1 minute. Drizzle over the brownies. Add a careful sprinkle of good sea salt.